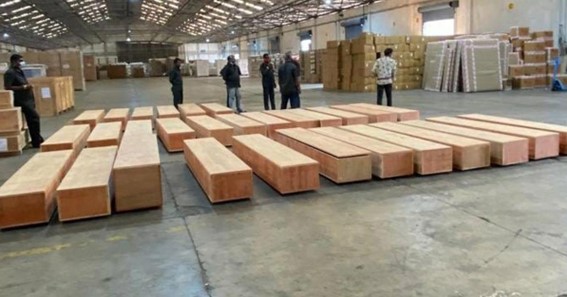 We all know very well that Smuggling is not allowed anywhere in the world as well as in UAE. UAE is quite strict while punishing crimes like trafficking, drugs, smuggling etc. Therefore UAE government makes laws and regulations to control the smuggling. Federal Decree No 15 of 2022 came as to make valid the previous Custom Law of Cooperation Council of Arab States.

So, Common Customs Law Article 142, smuggling is defined as any activity in which goods are sent or received from the country or to another countries, but not by following the legal rules of Import and Export. That pattern of business is considered as the breach of law in a country. Proper Tax is not paid, and the goods are also acquired on cheap prices by adopting several false and illegal ways.

Read About: Lawyers for the Smuggling Products

UAE Law of Smuggling is also set on the same pattern where it is not allowed that any trade can be taken place without informing to concerned parties, without paying taxes and completing documentation. Sometimes few goods are not allowed to be traded. If those goods or products are traded then it is also a breach of the Local Law and Rules inside United Arab Emirates. Everything which is against or contradicting custom rules in UAE, can also be treated under Smuggling.

Any product which is taken outside the Free Zone without permission or the corporate documentation is also counted as unfair and meeting with smuggling breach laws. Therefore there are a number of things where custom laws for the smugglings are applied. The criminal sanctions can be put in case of breach or contradicting with the Laws:

According to Article 144 Common Customs Act, the Criminal Responsibility for smuggling to suppose beforehand, the existence of intention, the determination of which must be combined with the applicable criminal law. When intentions are found with evidences then, punishments are applicable. The major culprits, planners, caught on spot, all will be treated as responsible of doing smuggling. Supporters, resources creators, indirect supporters, informers, the premises providers, all are counted or held accountable.

When such items are caught then financial penalty can be two times or more than two times, but not less than3 times, the custom value of the products. The imprisonment sentence can be one year or more than one year. If the smuggling goods, are free from paying the taxes then, fine would be not less than 10% of goods’ value, and it is also cannot be more than the goods’ value.

The imprisonment is set between one month to one year.

Few goods are not allowed to be exported from the country or imported from other countries. This way the penalty will be not less than three times of the value. But imprisonment here could be six months to three years.

All such things come under, the expertise of Business or Corporate Lawyers. These Lawyers in UAE have to be very much expert in having the knowledge of imports, exports, taxes, tariffs, smuggling etc. For example if you book the legal appointment with or acquire the legal services from, Ask The Law – Al Shaiba Advocates and Legal Consultant, then you will come to know that lawyers at this law firm is one of the best Advocates and Legal Consultants in UAE and they are also at home in this particular domain known as business, trade, import, export, taxes, smuggling etc.

Always, competent lawyers must be hired for any kind of job. It means such lawyers are only capable of delivering the top quality services and result oriented legal services. Fancy offices and big names are not always the solution to hire the right legal experts you need.

When can you use a durable power of attorney form?