What Do Tadpoles Eat? Top 7 Foods For Tadpoles 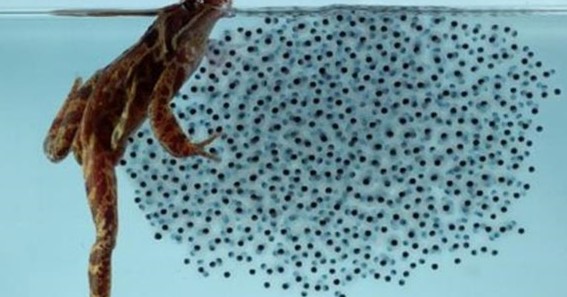 You must know what do tadpoles eat before the adult life of tadpoles starts! Animals that form one creature to another are very fascinating. Like that even Tadpoles further develop into an adult frog. You can see them always busy in some activities, and they swim in the entire aquarium. Tadpoles tend to reject foods sometimes. Today in my article, I will help you out in choosing the best foods for feeding these tiny creatures. All these best foods appear to be delicious as well as very nutritious to the Tadpoles. Continue reading to know more about what do tadpoles eat in detail.

What Do Tadpoles Eat?

Let us now see what do tadpoles eat in the water. Below I have mentioned the list of food items you can use for feeding them.

You have now understood the type of food the Tadpoles like to eat. But do you know what benefits they get from these food items? Each of the above-mentioned items is an excellent source of various vitamins and minerals. You can continue reading more about what do tadpoles eat in detail.

You will get several food options available for them in the market. But all the foods are not equally nutritious for them. Here, we will study what do tadpoles like to eat in detail.

Aquatic plants are considered as one of the primary sources of meals for Tadpoles. But you need to be very selective at the time of choosing the aquatic plants. Tadpoles will consume these aquatic plants very fast.

All these above green leaves will supply them with vitamin A, C, K, and minerals. They also leave certain fibers which are also good for the growth of the Tadpoles.

Sometimes tadpoles don’t get enough nutrients required for their growth. In that case, you can feed them some fruits and vegetables. Below I have picked out some vegetables you can use to feed tadpoles.

From these boiled foods, tadpoles will get essential vitamins (A, B, C, and K). The multivitamins in fruits will later break-in carbohydrates and sleep the tadpoles healthy. These leaves provide them essential nutrients to their body.

Sometimes, outside extra meals are much needed for Tadpoles because the aquatic plants and algae cannot provide everything they need. Below I have mentioned certain food items you can use for feeding them.

Thus, Tadpoles will get Thiamine and Biotin from this packaged food. While algae wafers and discs will supply protein to the Tadpoles. All these meals supply energy to the Tadpoles so that they can continue their playful activities for the whole day.

Tadpoles will get Thiamine from these omnivorous fish meals. It will help the Tadpoles to have an appetite for animal proteins.

As a fish lover, you must have heard about fish food flakes. These are very high protein meals for the Tadpoles that help in fast and healthy growth. Below I have recommended some fish flakes brands for you, make sure you have a look at them.

You can easily find fish flakes in any pet store. These instant fish flakes contain Vitamins, Thiamine, and Lecithin which promote a healthy life to the Tadpole. Along with that, these items supply energy due to the presence of carb, minerals, and fibers in them.

High protein foods help a lot in the evolution of tiny Tadpoles to mini frogs. You can try to feed live and dead insects. Even homemade fish food can also be considered.

These foods supply protein, calcium, iodine, and iron to the Tadpoles. Because of which the bones of the Tadpoles become stronger. Here, egg-yolk, dead flies, and insects are rich in proteins. It also helps in their digestion process.

Like every living being, even Tadpoles need calcium-rich foods for their growth. Here, calcium will help in the overall development of the Tadpoles. You can simply add a few drops of liquid calcium to the aquarium. Even a cuttlebone can be placed in your aquarium so that the level of calcium remains steady.

Foods For Tadpoles In Aquarium

Fish keepers are always in search of the healthiest food for their aquarium Tadpoles. So, do you want to know what do tadpoles eat in the aquarium? You have arrived at the right place! Below I have mentioned the list of items you can feed the Tadpoles in your aquarium.

Food For Tadpoles In Captivity

Tadpoles after escaping the egg slowly transform over a season. Raising the Tadpoles in captivity sometimes gets tricky. You can continue reading to know what do tadpoles eat in captivity.

Below is the list of food items you can feed your tadpoles.

You must be surprised to know that bullfrogs remain at the tadpole stage for up to 2 years. A longer tadpole stage means a better chance of survival. But do you know what do bullfrog tadpoles eat? Below I have mentioned some food items you can feed them.

Individuals must carefully select the meals for the early stage of tadpoles. Baby tadpoles younger than a week-old like to stay in one place only. If you are interested to know what do baby tadpoles eat, continue to read.

Foods For Tadpoles In Pond

You must be wondering what do tadpoles eat in ponds? Generally, the Tadpoles in their natural habitat eat whatever they come across. They become omnivorous from the second week of their birth.

We know that adult frogs lay eggs on the leaves. So, Tadpoles stick on the leaves and eat those leaves. They are highly capable of finding food.

Tadpoles learn to catch the small insects and fly that are easily found nearby ponds. Sometimes, they live on the algae only if they cannot find small animals or insects.

How To Take Care Of Tadpoles?

It is very important to take proper care of Tadpoles at their initial stage. Here are some tips for you to make them as comfortable as possible.

By now you have understood what do tadpoles eat in detail. Let us see the different food stages of tadpoles.

Do I Need To Feed Tadpoles?

No, it is not necessary to feed tadpoles unless the pond is very new. Ponds provide enough food for tadpoles without adding any extra supplement to their diet.

Can You Keep Tadpoles As Pets?

Yes, you can keep tadpoles as pets. They are very easy to raise as they do not require much space.

How Do You Raise Tadpoles At Home?

To raise tadpoles at the home you need to follow these instructions.

When Should I Feed My Tadpoles?

You should start feeding your tadpoles after 2 or 3 weeks.

Yes, tadpoles do feed on mosquito larvae. They should be kept outside so that you attract more mosquitoes to lay their larva.

Yes, tadpoles can eat cucumber. You just need to remove the outer layer of the cucumber and slice it into small pieces.

What Do Tadpoles Eat Naturally?

Tadpoles eat their own eggs, algae, the leaves and roots of aquatic plants, insect larvae and dark leafy greens. Generally, you should feed pet tadpoles boiled and chopped vegetables such as cabbage, baby spinach, or cucumbers once a day.

What Do Tadpoles Eat In A Pond?

Newly hatched tadpoles are herbivorous and feed on the algae that grows on plants or on rocks in the pond, particularly those exposed to the sun. In the latter stages of their development they become omnivorous, feeding on decaying matter in the pond and tiny creatures such as water fleas (Daphnia).

Thus, from my above article, you have learned all about what do tadpoles eat. A Tadpole is the first stage of a frog’s life cycle. In my above article, I have mentioned down the list of food items they love to eat. Tadpoles are aquatic creatures who live on algae. Live foods will give strength to them to cope up with their physical changes these vitamins of green veggies will always keep them active. While fresh fruits will make them energetic and give them a stronger digestion power. You can now easily feed tadpoles by understanding what do tadpoles eat.

To Know Some Great Stuff Do Visit Oldestly

To Know Some Great Stuff Do Visit NationalParkss

To Know Some Great Stuff Do Visit Knowexamples

How Fast Can Pigs Run?